It’s a simple enough question, what is a website?  Or is it?

According to one definition “A site or website is a central location of various web pages that are all related and can be accessed by visiting the home page of the website using a browser.” Now that’s about as clear as mud to someone who doesn’t know the first thing about the internet.  So let me try and explain it a little easier.

Imagine all the documents and photos you have at home and you want to gather them together in a safe place, say a filing cabinet.  Well, with regard to a website the documents are the equivalent of text and the photos are images.  Now having sorted out our documents/text and photos/images we want to put them in files so that last year’s holiday snaps don’t get mixed in with this years.  Again it’s the same with regard to a website as each page highlights or tells the viewer something different.  The home page (the first page a viewer sees) is usually a summary as to what the website is about and contains.  So, in essence, a website is the equivalent of a collection of documents and photos held in files in a lockable filing cabinet.

Interestingly the first website was launched 28 years ago (doesn’t time fly) on 6th August 1991 by Tim Berners-Lee it was built at CERN and it still remains today.  You can visit and browse it at http://info.cern.ch/hypertext/WWW/TheProject.html.  and looks like this 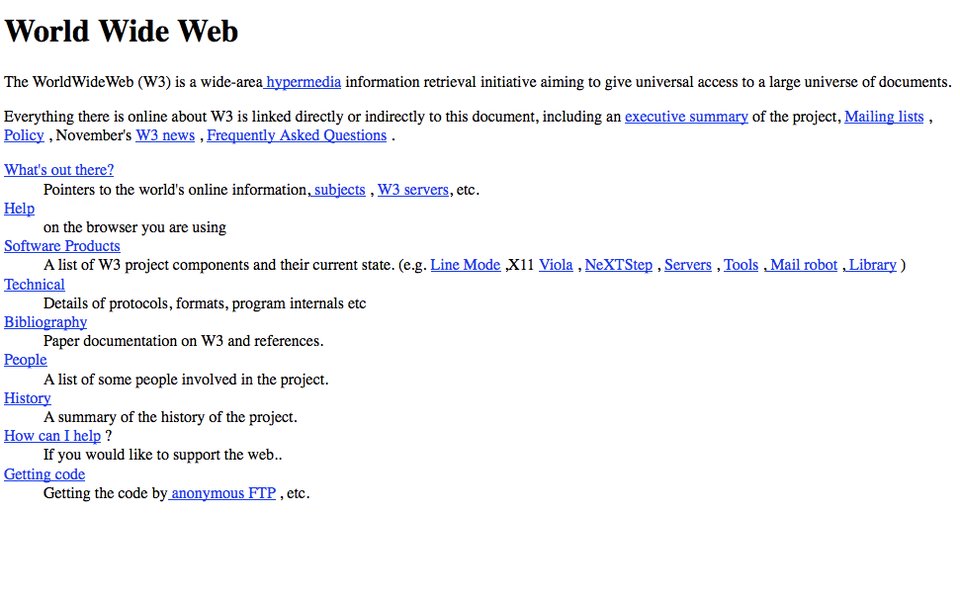 Sir Berners-Lee has a lot to answer for, as it was he who invented the World Wide Web (www) some people hypothesis about the merits of the internet as we now know it today, but that is for another day.  Today we are looking at what is a website?

In the last 28 years since the first website was launched, we now have approx 1.3 to 1.8 billion websites (Jan 2018).  Many either lie dormant or have very few visitors but never the less they are still websites hence their inclusion.

To access a website you need a browser such as Google or Bing.  The browser is sometimes called a search engine which in many ways explains what it does.  The first and most widely used browser that helped bring popularity to the internet was NCSA Mosaic.

Essentially to find something you type it into the browser’s search bar and the search engine will then present you with various websites and images you can click on and view.  Alternative if you know the website address (also know are a URL which is short for Universal Resurce Locator, you can put it in the address bar (it’s at the top of your browser) for example if you wanted to find this website you would type “https://www.squigglewebdesign.co.uk “ this would take you to my home page.

People sometimes get web pages and websites mixed up so to go back to my filing cabinet example a web page is the file containing text and images.  A website is the filing cabinet containing the files/web pages.  Squiggle Web Design is a website as it contains lots of pages this being one of them.

Finally, one thought is the internet and websites per se taking over from businesses that have physical presences well, yes and no.  In the yes corner you only have to listen to the news to hear of a large business, normally retail, failing and one of the reasons given is more people are shopping online.  So yes the High street is changing.  Smaller shops cannot compete with large multinational stores or can they?  On the flip side, the internet has been a lifeline to main physical business as it has let them expand their market not just to the local customers but to national and international customers, therefore, having an online presence is to them essential.  Also, many businesses while they may only have an internet presence they still have a warehouse for their stock and they need staff to deal with it.

The world has changed due to the internet it is a much smaller place now and it certainly will be interesting to see where it takes us in the next 28 years.